CANCER MADE ME STRONGER 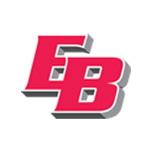 Every athlete wants to compete. And I’m not any different. Gameday is one of the greatest experiences for all athletes alike. But in my case, getting soon to compete for the Cal State East Bay basketball team means more than I could possibly describe in a few words. As a triple redshirt that spent most of last season in the hospital, my anticipation is at an all-time high.

Thanks to those around me and the grace of God, I’m gearing up for another year of basketball. However, just one year ago, that didn’t seem very likely. 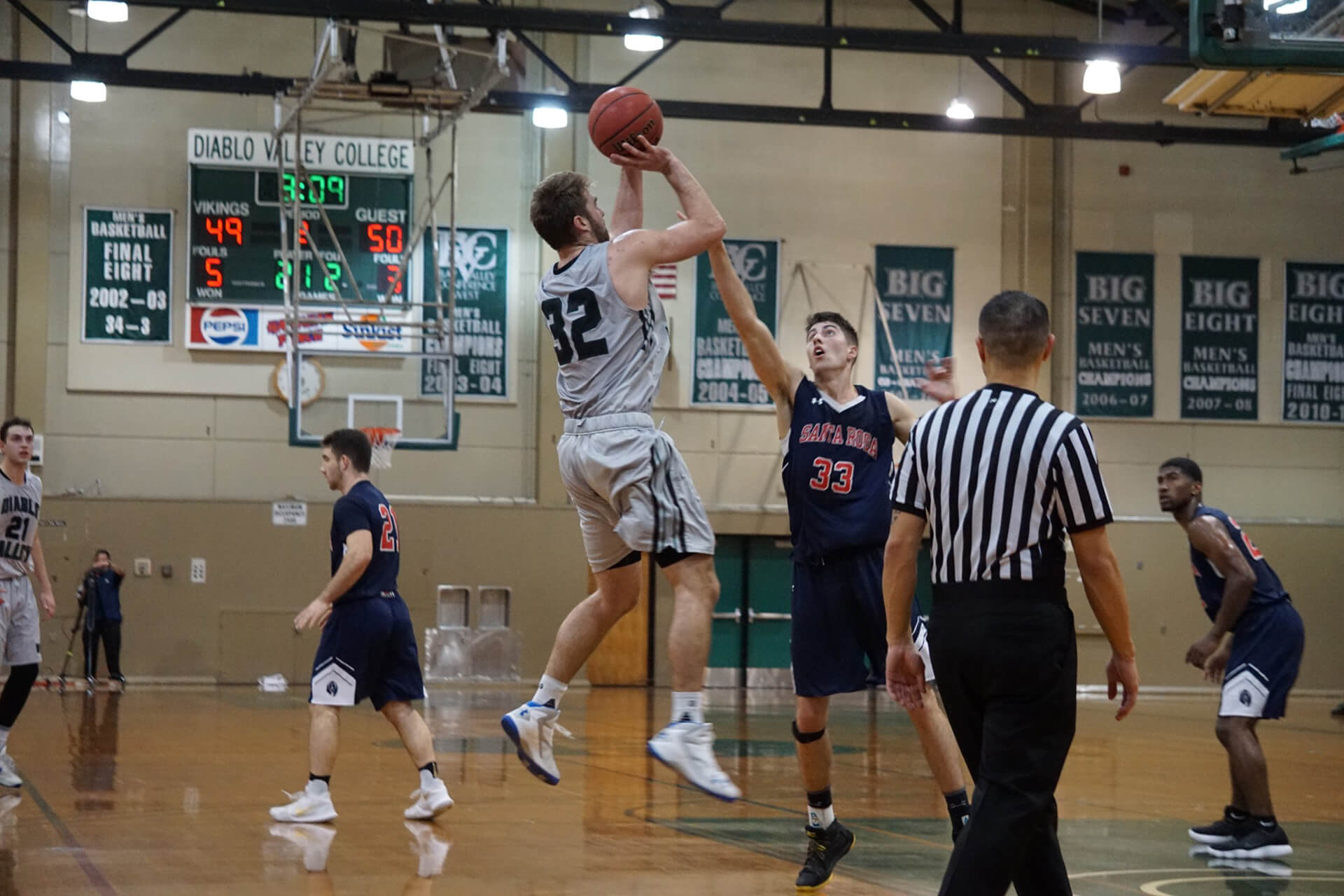 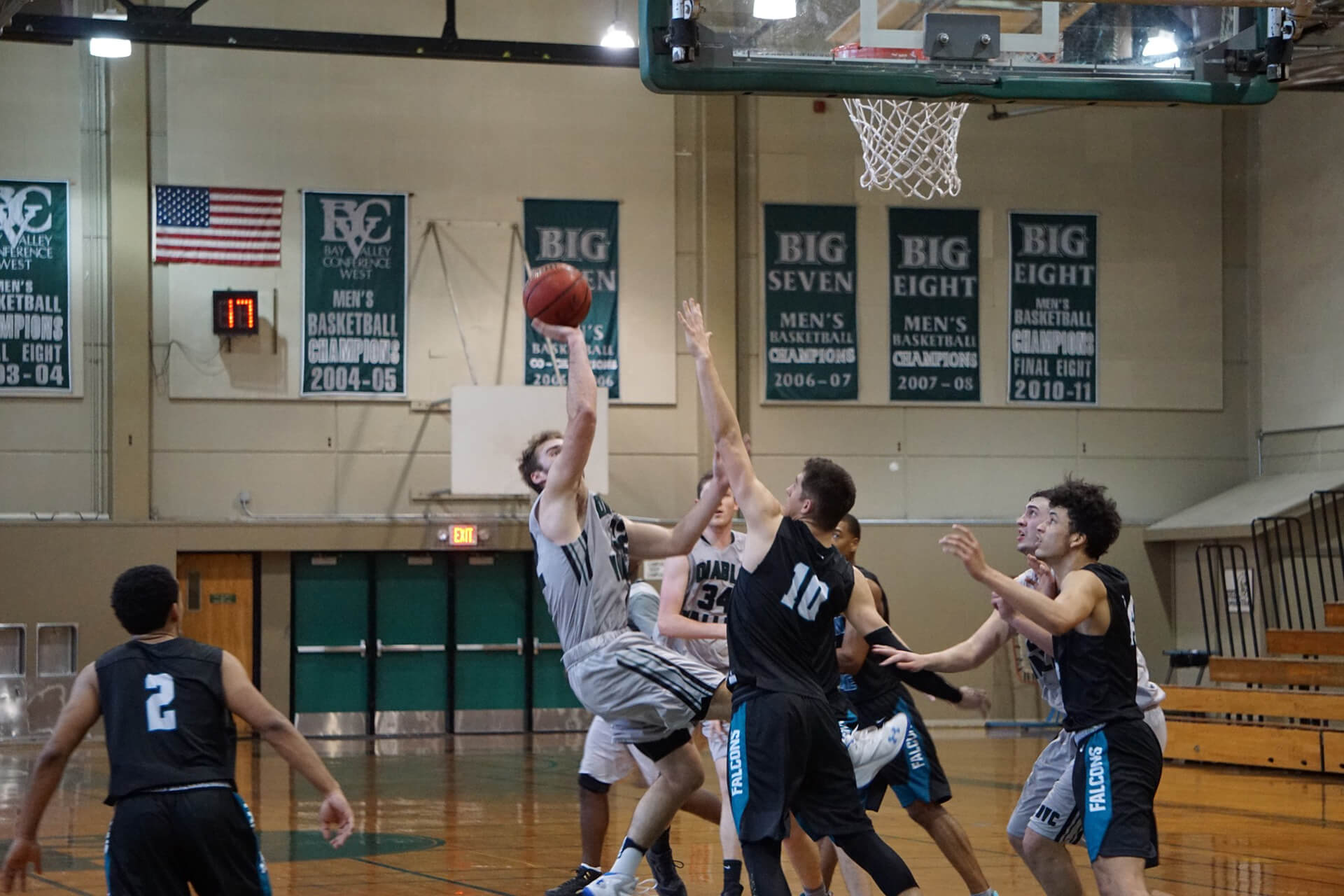 For a while, I had been feeling this shooting pain in my leg. It didn’t seem serious. I could play through it and practice and everything, but it was just kind of a nagging thing.

Maybe I would’ve paid more attention to it if I wasn’t so keen on having a great season.

See, as I mentioned, I’m kind of a unique case. I have transferred twice causing a lot of inconsistency in playing time over the last few years.

I started at Cal Baptist, where I was on full ride scholarship. I redshirted a year and battled a foot injury the other. After those first two seasons, I had to look for a new school as my scholarship was running out.

Since I couldn’t afford school without it, I decided to find another team. I landed at a junior college which was affordable and allowed me to grow as a basketball player.

After that venture, I got recruited to come here to Cal State East Bay, a place that now feels like home. Naturally, I was ecstatic to come here and get another fresh start.

So, after all that transferring and change, it’s understandable that my mind was dead set on playing.

However, the truth behind my nagging pain was worse than I could’ve imagined.

They found a tumor in my lower spine that was pinching on a nerve that ultimately was causing the awful pain in my leg.

It all happened within my first month at Cal State East Bay. I hurt my back so bad that it spasmed and left me in pain I had never felt before. It got to the point where it hurt to walk or do anything active. I would have to stand in class sometimes, just to alleviate the pain.

To this day, I’m so thankful for those teachers and professors that were so accommodating during that time. That really meant a lot.

Eventually, the training staff decided it was time to get my back checked out, ordering up an MRI.

I had that scan on a Friday. Over the proceeding weekend, they called me in to talk about the results.

In that moment, I already knew that this wasn’t good. Why else would they want to see me in-person?

And, indeed, the doctor did have bad news. Terrible news, actually.

They found a tumor in my lower spine that was pinching on a nerve that ultimately was causing the awful pain in my leg.

I quickly was set up for meetings with doctors from Stanford who ran CT scans and other tests. The results came back with more bad news.

Osteo sarcoma. A cancerous tumor that ate around the bones.

The silver lining in all that came in that they caught it early. I was lucky enough that they found it before it spread to the rest of my body. With chemotherapy, I’d likely be able to beat this.

Mentally, I also felt strong and capable enough to power through the chemo and basically muscle through the whole process. I was confident it wouldn’t get me down, at least physically. 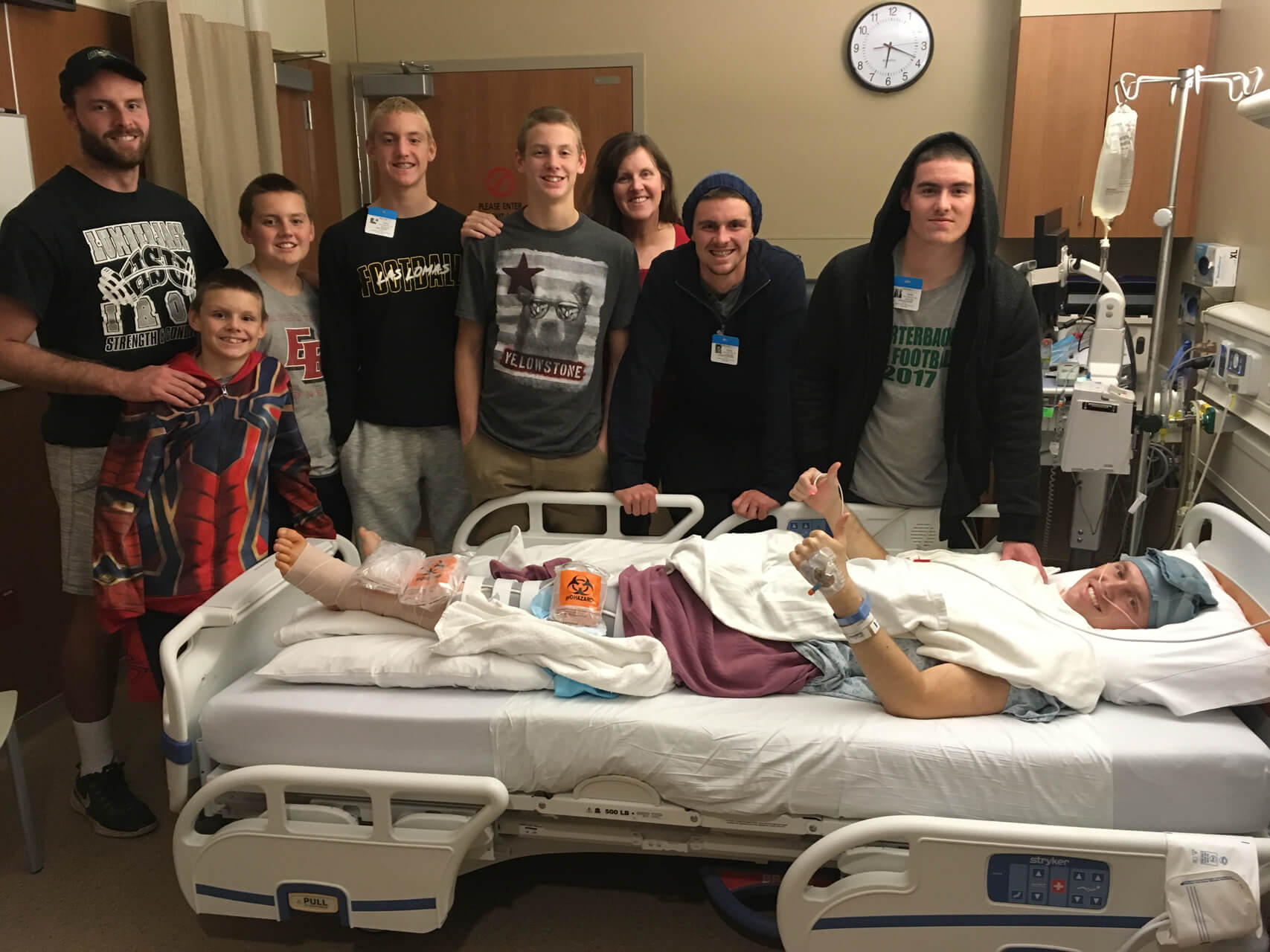 Strength In Those Around Me

Chemotherapy was easily the most difficult thing I’ve ever done.

Thinking I was strong enough to grit my teeth through it seems foolish now. It just sucked the life out of me.

The worst part was just not feeling like myself. I’d be hanging out with my family and be a good five steps behind in the conversation. I was constantly tired. I was slow. I was just beat up. It really took a toll on me.

The turning point came when I had this personal moment with God. It was a night after a chemo session, and I went outside to kind of be alone and collect my thoughts.

I had a conversation with God. Just me and him.

That conversation, that night changed my perspective. This wasn’t something I could determine or control. This was in God’s hands. I had to accept whatever was coming my way and deal with the consequences. In the meantime, I just had to enjoy life and find strength in those around me.

This intimate moment changed me for the better. I saw things from a whole new side. I began to really appreciate those who were helping me, especially my family. They would push me around in my wheelchair. They’d bring food to me. Honestly, they just took care of me, when I wasn’t able to myself. It was such a humbling, amazing thing to witness and they really carried me through those tough six months. 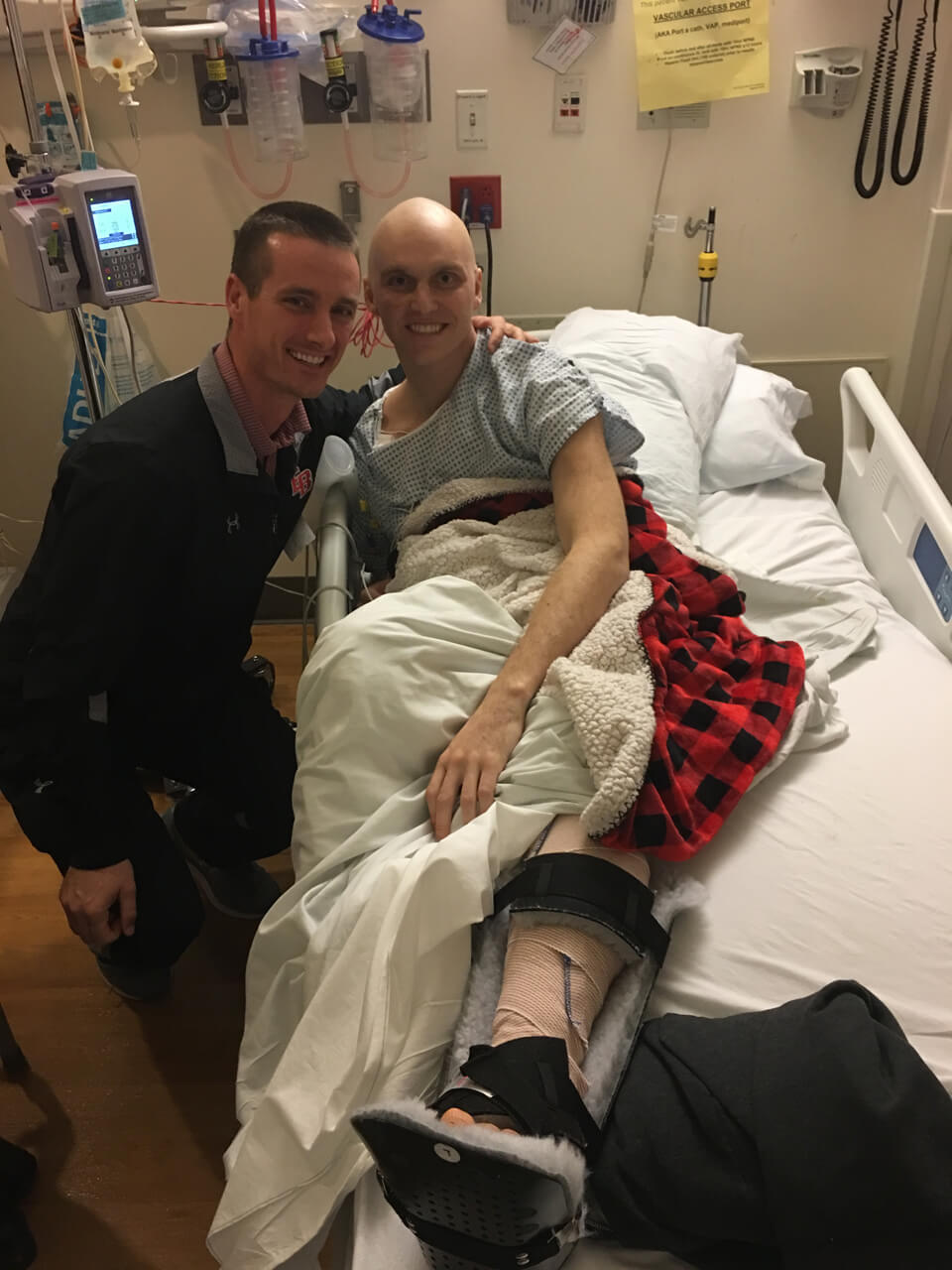 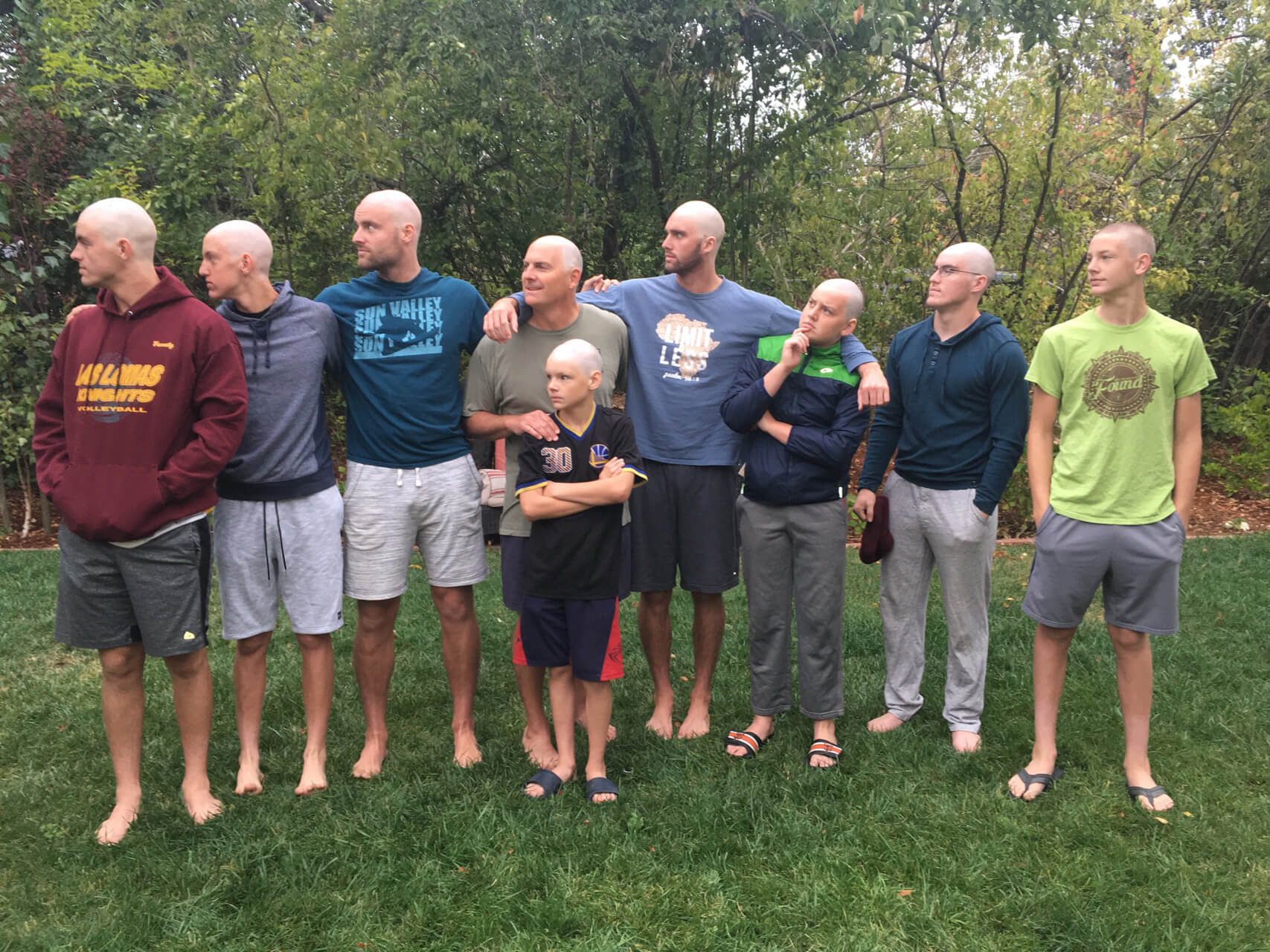 I finished chemo back in February, which is honestly incredible to me. It was such a trialing process that looking back, I’m kinda glad I went through.

I feel that everyone should go through a perspective-changing experience like that. Obviously, I’m not saying that people should go through chemo. But, something that tests their spirits and mind can be quite beneficial. It just makes you realize how many people care for you and how important you are to so many people.

Shockingly, I’ve restarted basketball activity. After months of no twisting or bending, it feels so good to get the ball back in my hands. If everything goes according to plan, I’ll be back and playing with the team in December.

In addition, thanks to my redshirts, I still have two more years of eligibility after that.

Everything just seems to be coming together. I’m getting married in the summer. I’m back to hoopin’. God has blessed me with the best family and friends you could ask for.

To sum it all up, I just feel humbled and grateful. Yes, beating cancer was the toughest thing I’ve ever done, but through those experiences, I have learned lessons that have made me a better person. 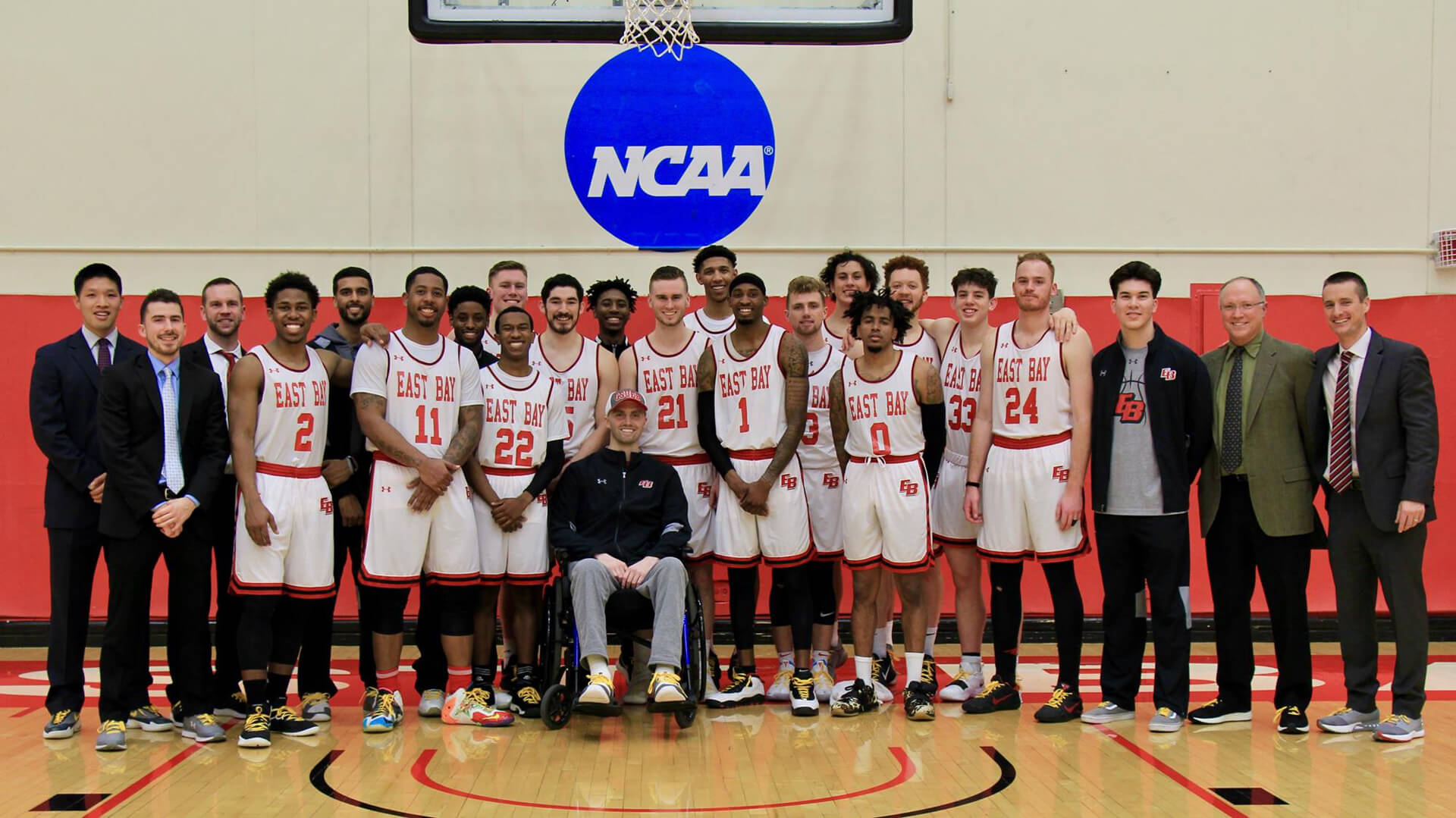